The competition is over, and despite many problems, the sophomore MRDC team was able to hold strong, pushing into the final round and receiving 4th place in the 29th Annual Midwestern Robotics Design Competition! Even with a multitude of problems and build issues throughout the week leading up to the competition, as well as having an non-operational robot during the first (preliminary) day of competition, ILLINIhilation Robotics turned the situation around for the elimination rounds the next day, placing into the finals.

Even though the original design of the ILLINIhilation team’s robot was to extract golf balls from a “gumball machine”-like dispenser and sort the correctly colored golf balls, the mechanisms were not operating in the correct way. Our team had to switch priorities to obtaining points from the other object on the course, foam balls. With an air-actuated pin pulling mechanism, a jump drive system to switch between mecanum wheels and traction wheels, a 4-axis robotic arm, and a catapult, we successfully grabbed the foam balls and scored them into the center bin, resulting in many more points than the golf balls. This, along with good driving/operating skills, led to the outcome of 4th place!

And yet another success for ILLINIhilation Robotics team was winning the demolition round! As a last event for the competition, teams have the option of battling each other until one robot is left standing. With makeshift metal spears attached to our robot, we were able to survive the entire demolition and was awarded the first place for the round. We even got a nice plaque!

We still have much we can improve on, and we look forward to making many improvements for next year’s competition. Go ILLINIhilation! The week of Engineering Open House is here! Now it is a time crunch to get our robot ready for competition. ILLINIhilation […]

The ILLINIhilation team just had its first team meeting to talk team logistics, explain the things we do know about this season’s […] 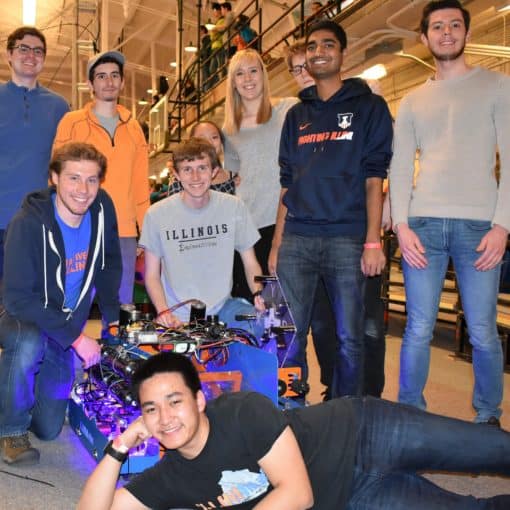 The ILLINIhilation Robotics team has concluded its final season as the senior MRDC team of iRobotics. We are very proud of the […] 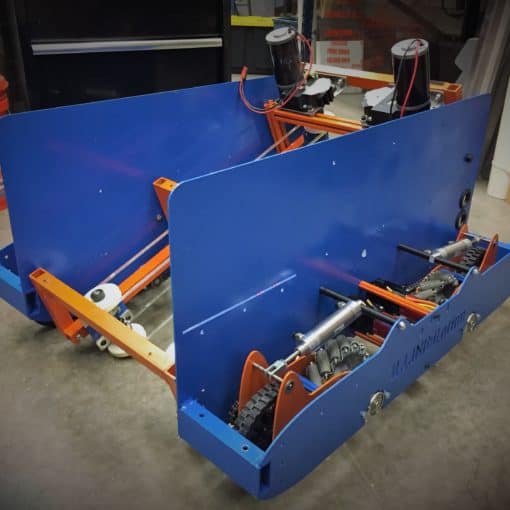 The senior MRDC team has been working hard in getting the frame and drivetrain assembled. This year, we opted to making our […]