After hearing about the reduction of funding for this school year, our team has decided to go forward with constructing the robot in a somewhat scaled back way. We originally had around $2,400, and now our budget has been reduced to $650. However, we will not be discouraged. While it will not be competitively viable, we hope to gain valuable experience in the construction of this bot which we can apply in the future. 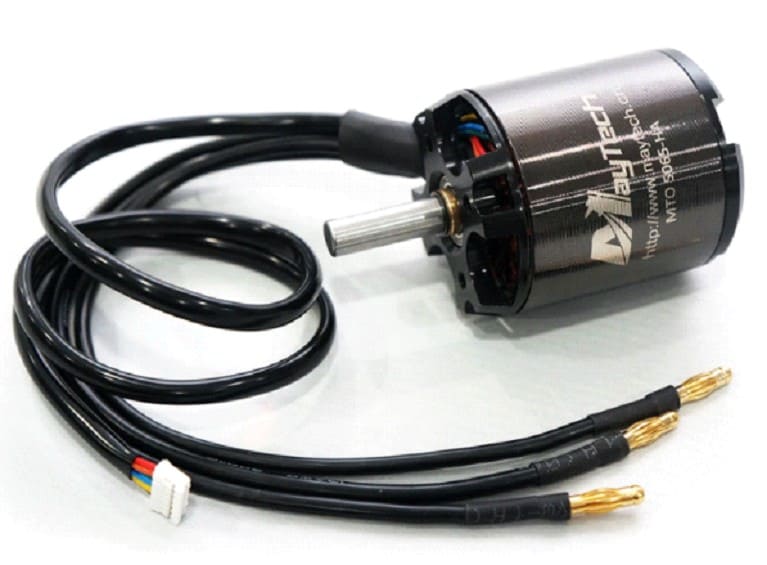 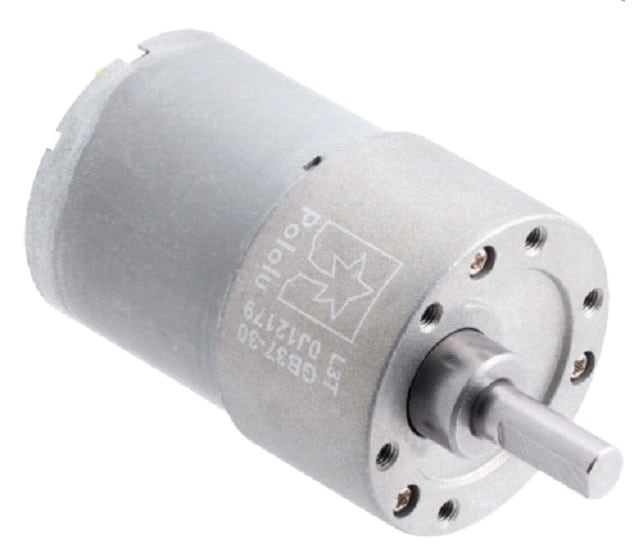 The biggest cut will be to the frame. While originally it was going to be mainly 3/8ths inch 2024 Aluminum sheets cut on the waterjet, it will now be constructed from laser cut acrylic and wood. Our electronics are also getting scaled back, with our fancier brushless motors and ESCs getting replaced with cheaper geared brushed motors and drivers. The motors will be Pololu 12v brushed motors, geared down at 30:1 for the drive and 6.3:1 for the weapon. Our weapon and slope pieces, also originally planned to be made from steel, will now be 3d printed pieces. Our weapon pulleys will also be 3d printed. 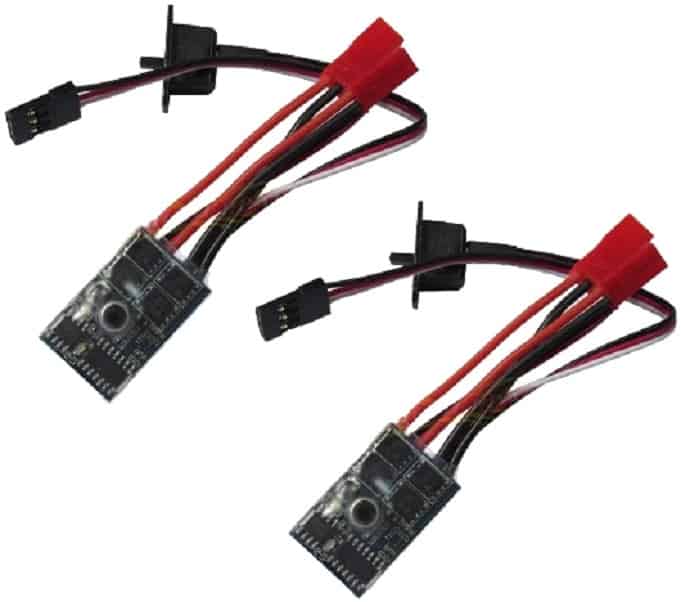 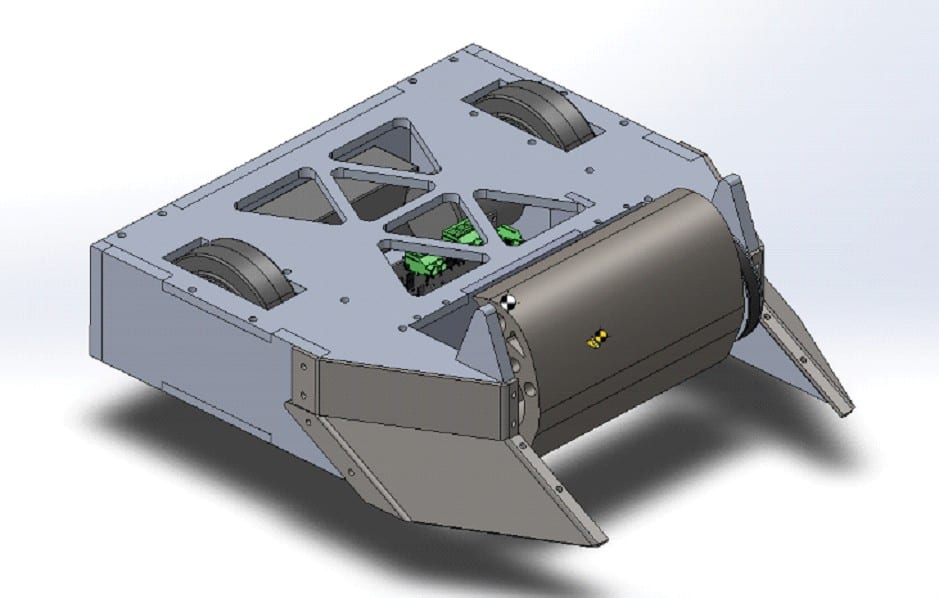 The good news is that we plan to light up the bot with addressable LEDs just like originally planned. Additionally, wheels will stay the same, using the Banebots T81 wheels, as well as the planned transmitter and receiver for the robot. Stay tuned for more updates.

Picking up where we left off, we have all come back from break with some more knowledge of CAD! We kicked off […]

2015 was the first year for the Combotics Robobrawl and the first time that Combotics has had eight teams. Previously, we operated […] 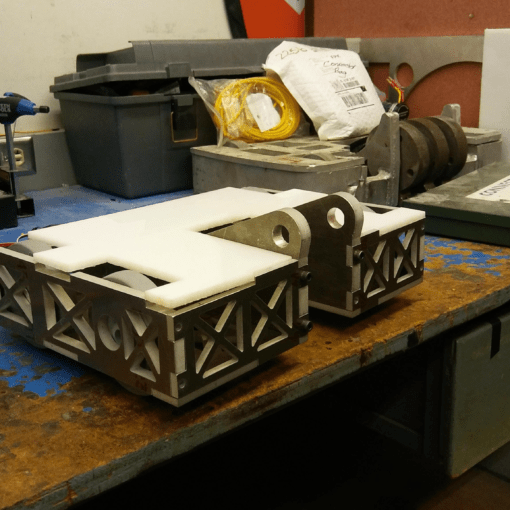 We’re getting down to the wire and our robot is starting to come together! T-minus 12 days until competition!