We are pleased to announce an exciting new feature for the 2017 Robobrawl: livestreaming! You would not expect that one of these security cameras would be useful for live streaming to youtube, but they are an economical alternative to expensive video encoders for HDMI output camcorders. We will be using them to broadcast the entire competition so you can witness the ultimate destruction of robotic combat from the comfort of your own home! The livestreaming camera will be used in conjunction with YouTube Live and/or twitch to bring our event to the masses. We will also use this to display in the pit area for competitors to watch while repairing their bots. For those that don’t know, the Robobrawl is a robotics tournament hosted by iRobotics during Engineering Open House (EOH) where competitors bring 30lb “combots” to fight until one robot is destroyed. Last year, an alumnus of iRobotics allowed us to use his camera to record the competition, so this is a big step up for us! We will be using one of these ip cameras and this GoPro-type action camera: (link), for higher quality footage of the event to post to our YouTube channel later.

We will continue to post updates as we work out a system to broadcast! 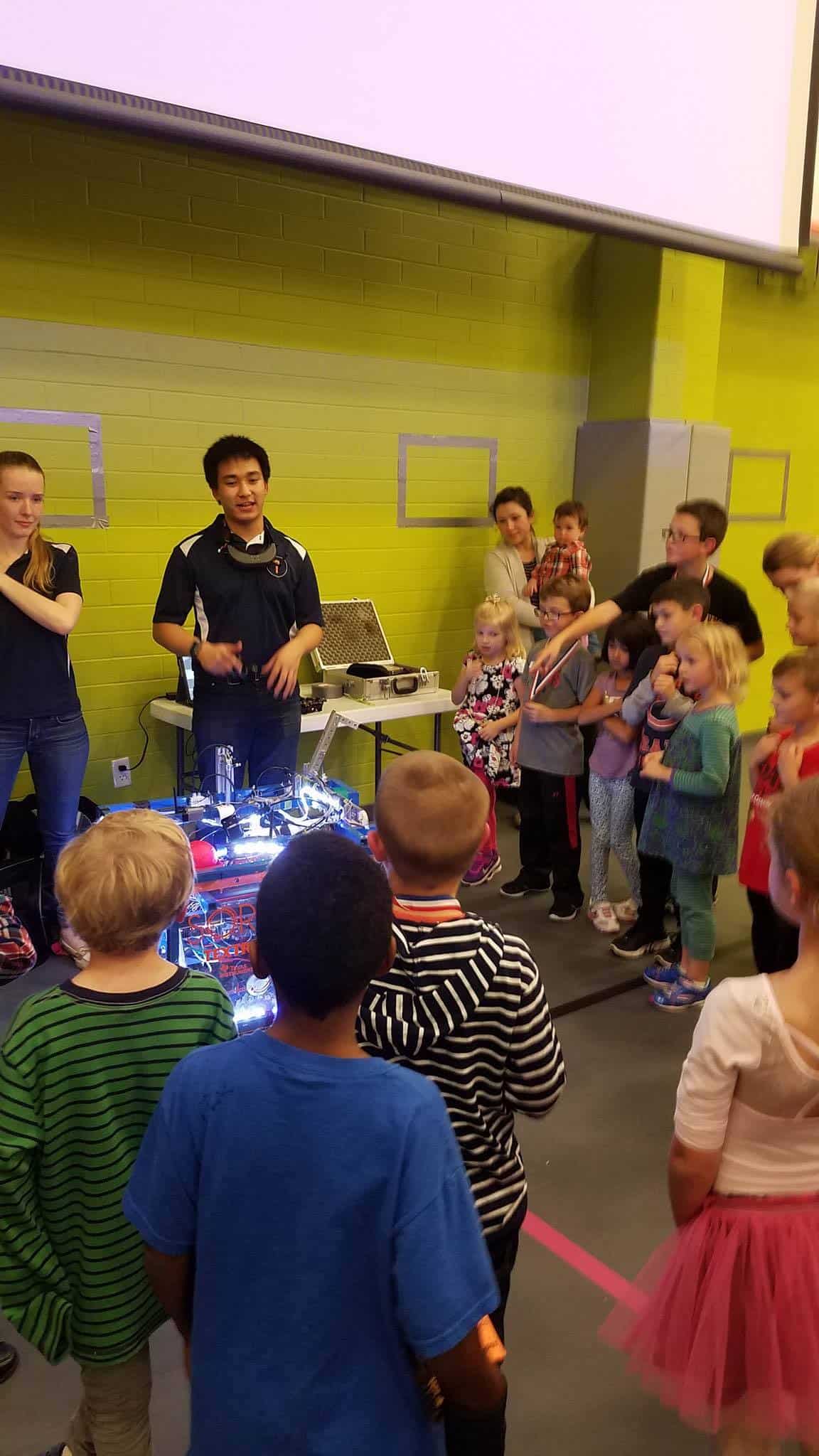 On November 17th, 2016, iRobotics was able to present to a group of ~100 elementary school students about robotics at their Science […]

Come one, come all to the Combotics Robobrawl! Put your mechanical prowess to the test as you compete in 1v1 matches against […]

Hi everyone! This is team Space Jam back for Fall 2020 and super excited to get things underway. We’ve already begun work […]

This year the Killer UniKorns are planning on competing with two robots at Robobrawl! We are bringing back our bot from last […]