TRAP has made good progress over the semester. We started off with a series of team meetings to decide on the brief idea and some of the materials/microprocessors we would be using for the project. Simultaneously, the team was split into two sub-teams: mechanical and controls and team captains were assigned.

Each team was then required to come up with a brief model on how their part would work. For example, the mechanical team came up with brief drawings on how the robotic arm would be constructed with positions and types of motors identified. Another key part of the mechanical sub-system was the brainstorming for the human arm sleeve. The sleeve is very much complicated and will involve/require a lot more work than the arm. This is because it needs accurate positioning of various different types of sensors like gyroscopes, accelerometers, potentiometers, etc. Shown below are some brief sketches that the mechanical team came up with: 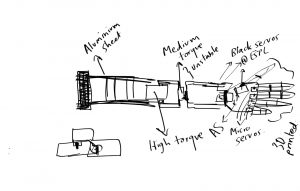 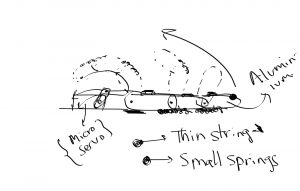 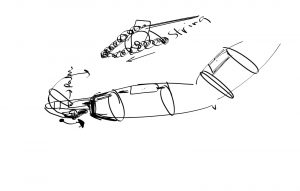 Based off of these drawings and the idea that the team presented, we made a list of materials that we would require for the project and inculcated that into the SORF.

The controls team’s main objective was to figure out how the wireless communication between the sensors on the sleeve and the motors on the arm would work. For ease of communication, the team selected to use Raspberry Pi for the project. All the electrical components were included in the SORF as well.

Now that our SORF is approved, we aim to order parts over winter break and get started on building this avatar-style robotic arm! We would also like to thank everyone who helped us with the brainstorming and ideation process for the project! 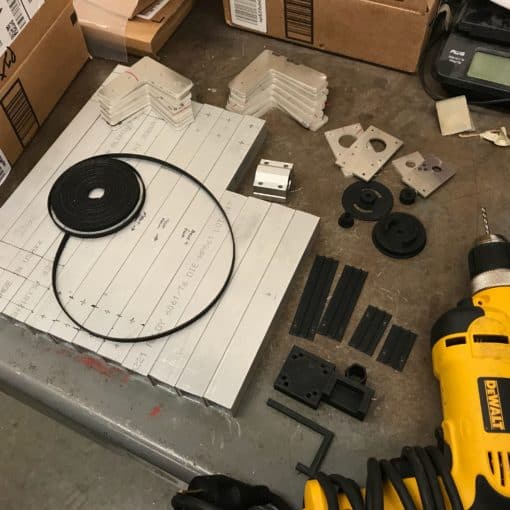 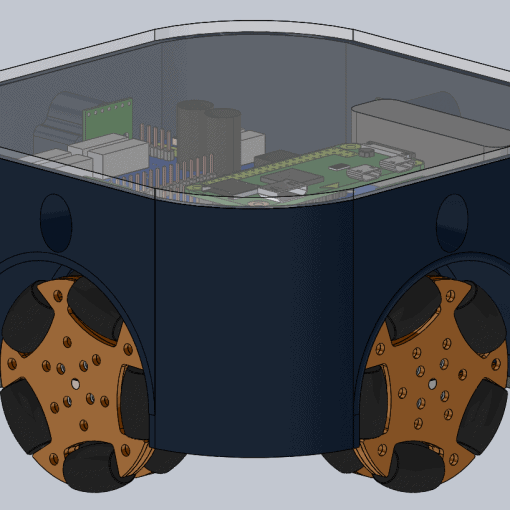 The Pacbot team has been busy these last few months, focusing on next year’s robot while everyone is off campus. We’ve successfully […] 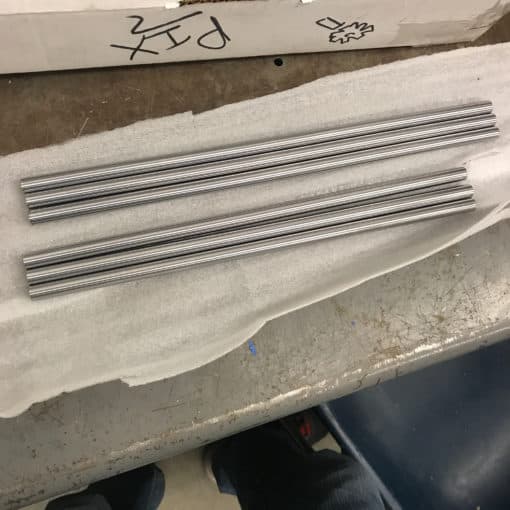 After quite some trouble with a few different tools we managed to cut through our bearing rods. For future note to anyone […]